The Trajectaflex Resin Firing System is a single pass system for installing resin capsules for resin set bolting. With a dual boom development jumbo the bolt hole can be drilled with one boom while the other boom inserts the resin and the bolt.

The assembled Trajectaflex nozzle (pictured) consists of 6 parts – all of which are easily exchangeable. 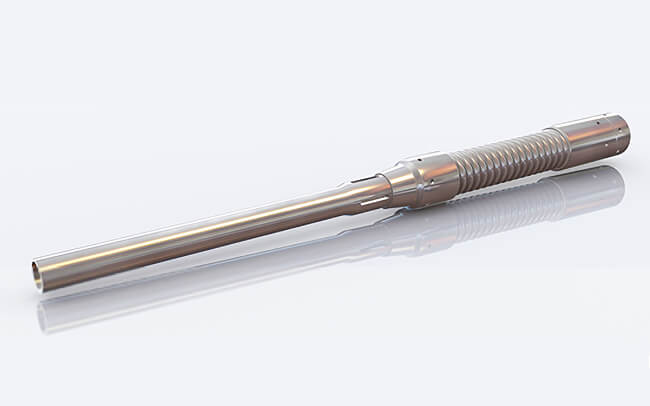 Resin capsules are loaded into a manifold which is located at the operator’s platform. The capsules are then shot with air pressure through a delivery line along the jumbo boom and pass through the Trajectaflex nozzle and into the pre drilled hole.

With the nozzle tip engaged at the collar of the bolt hole you can slew or dump the feed rail left, right, or back and forward. With one of these movements the tip will come into alignment with the hole through flex of the spring as shown in image above.

NOTE: Resin capsules can be fired through the Trajectaflex nozzle with flex maintained in the spring. Perfect alignment of the nozzle is not required. 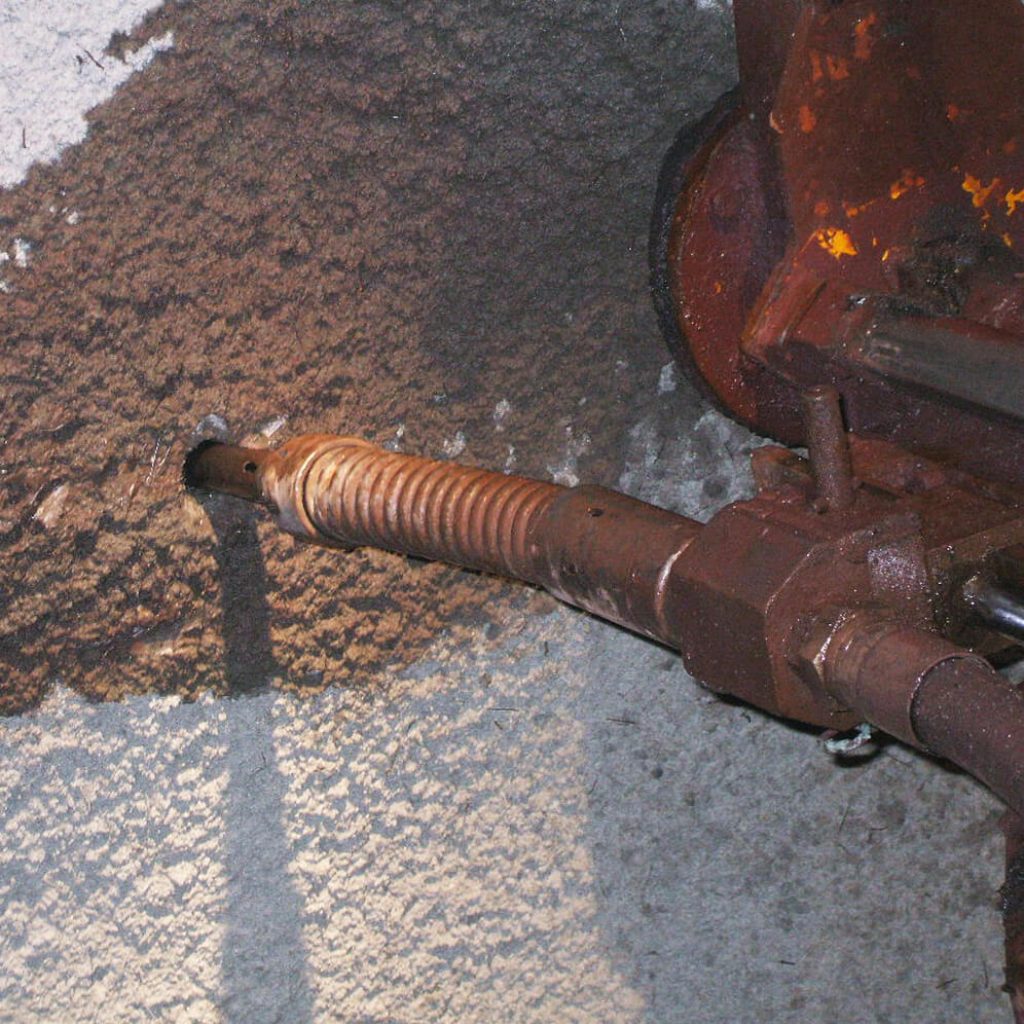 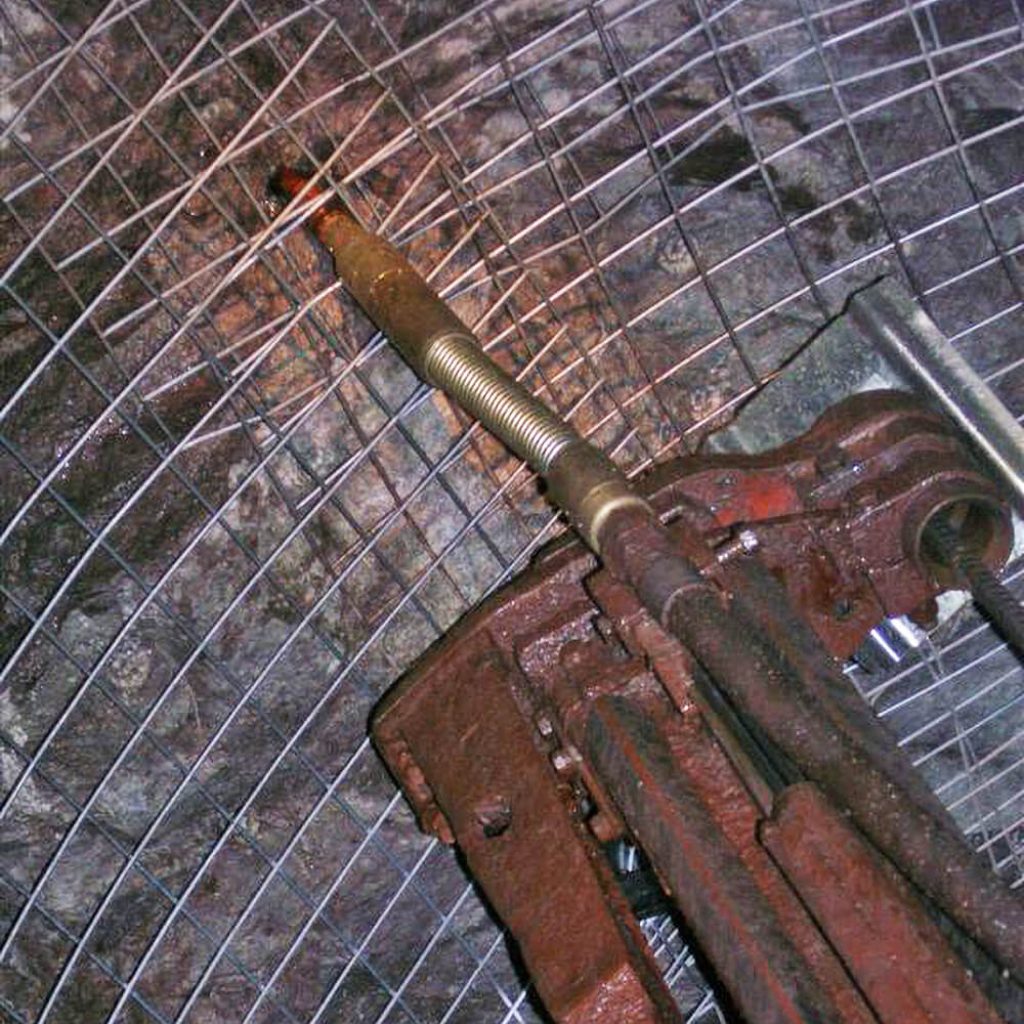 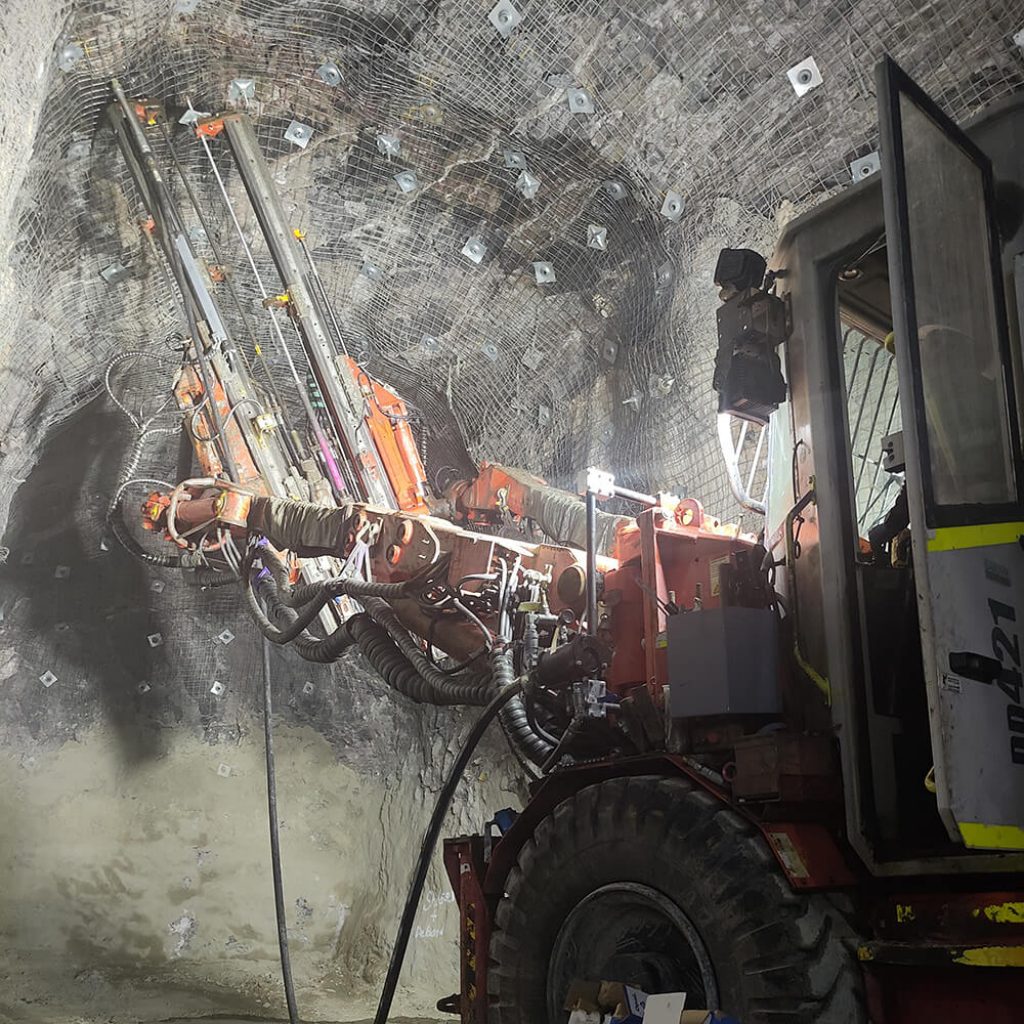 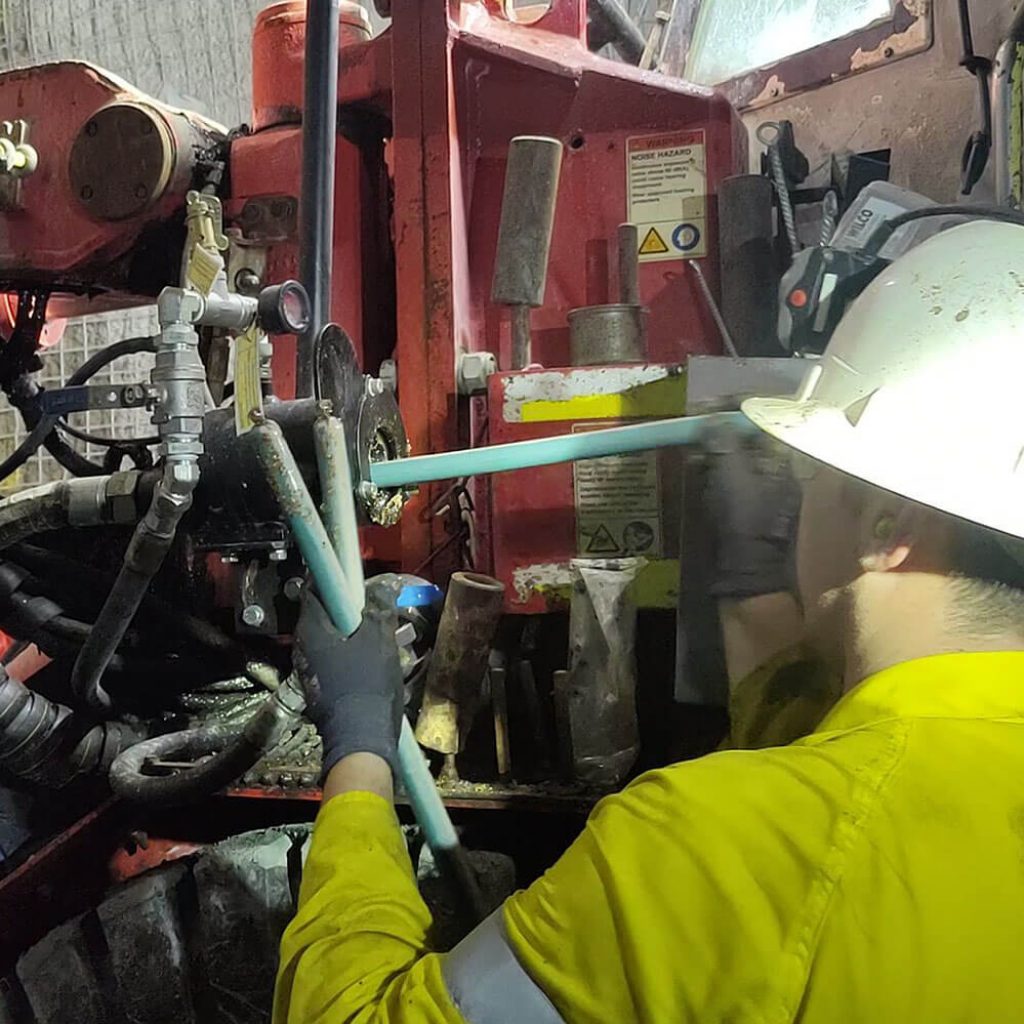 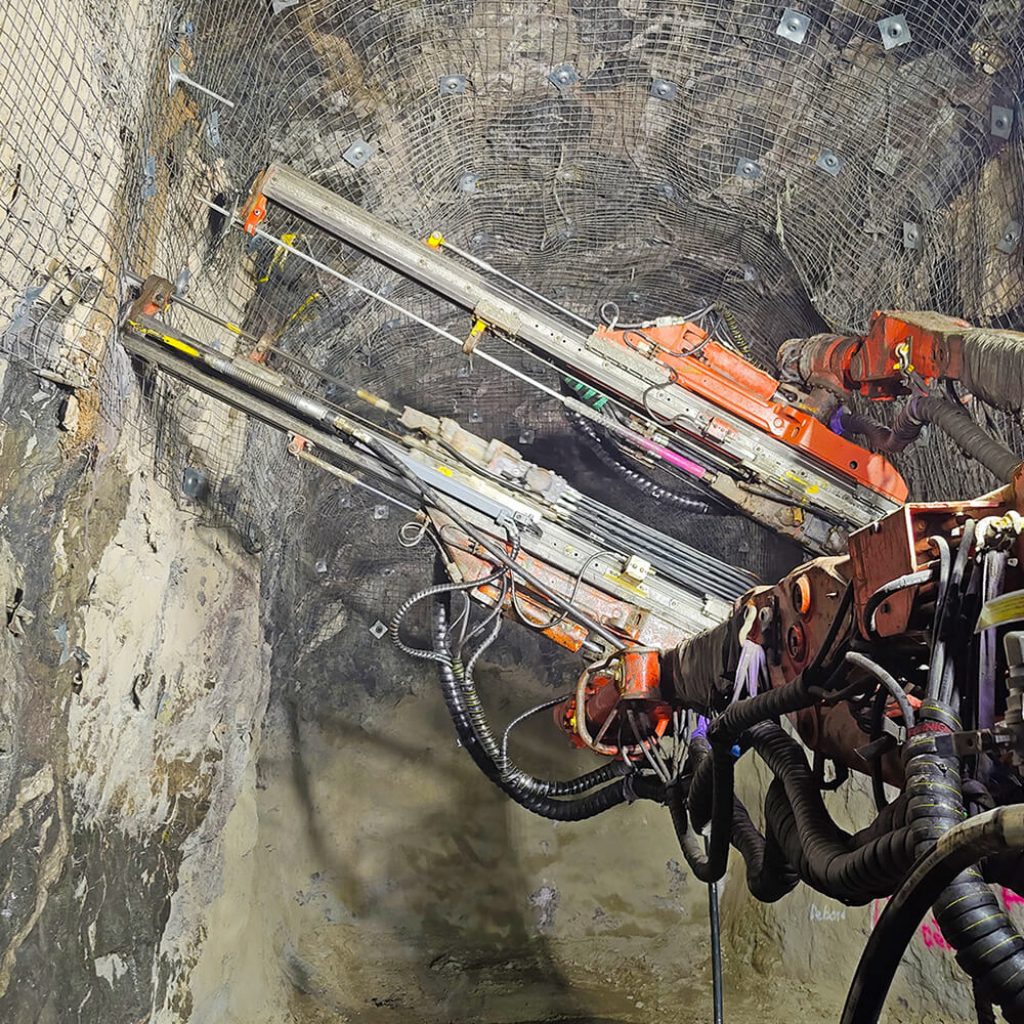 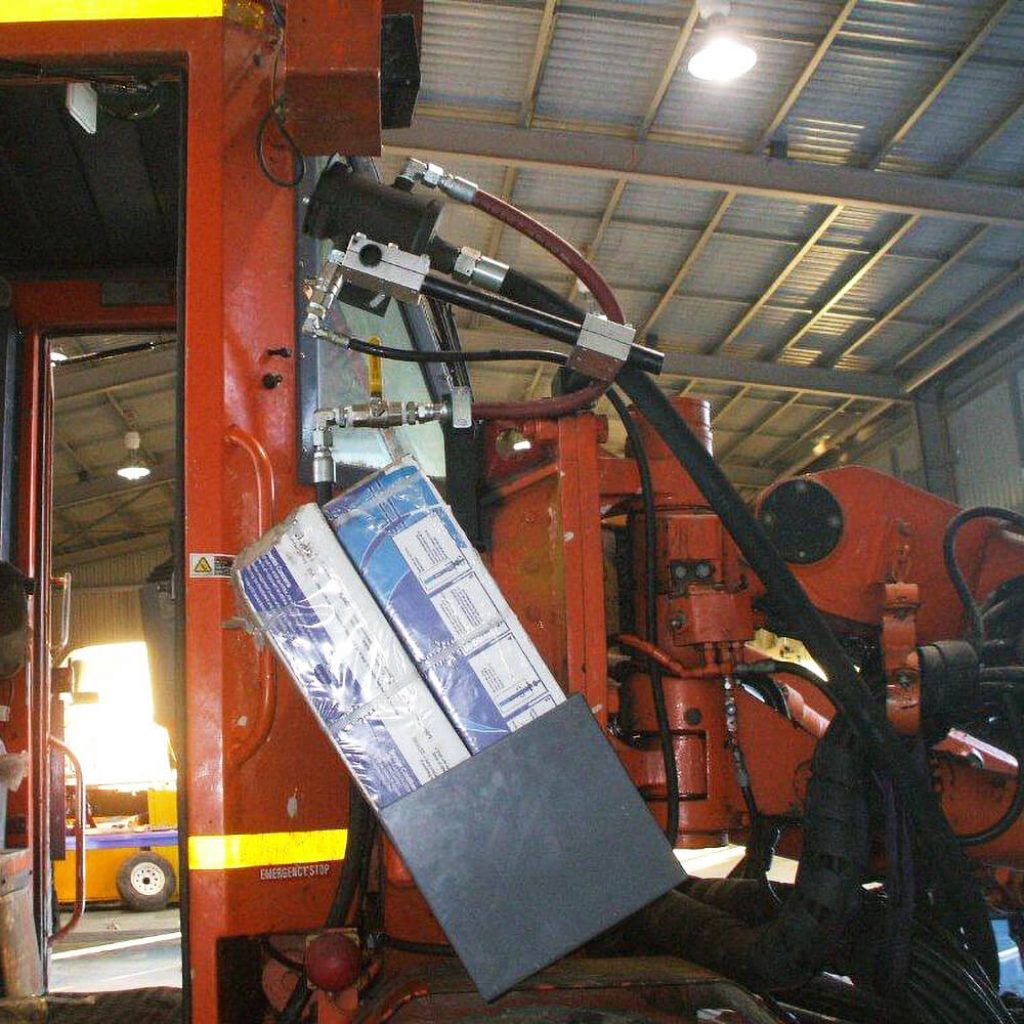 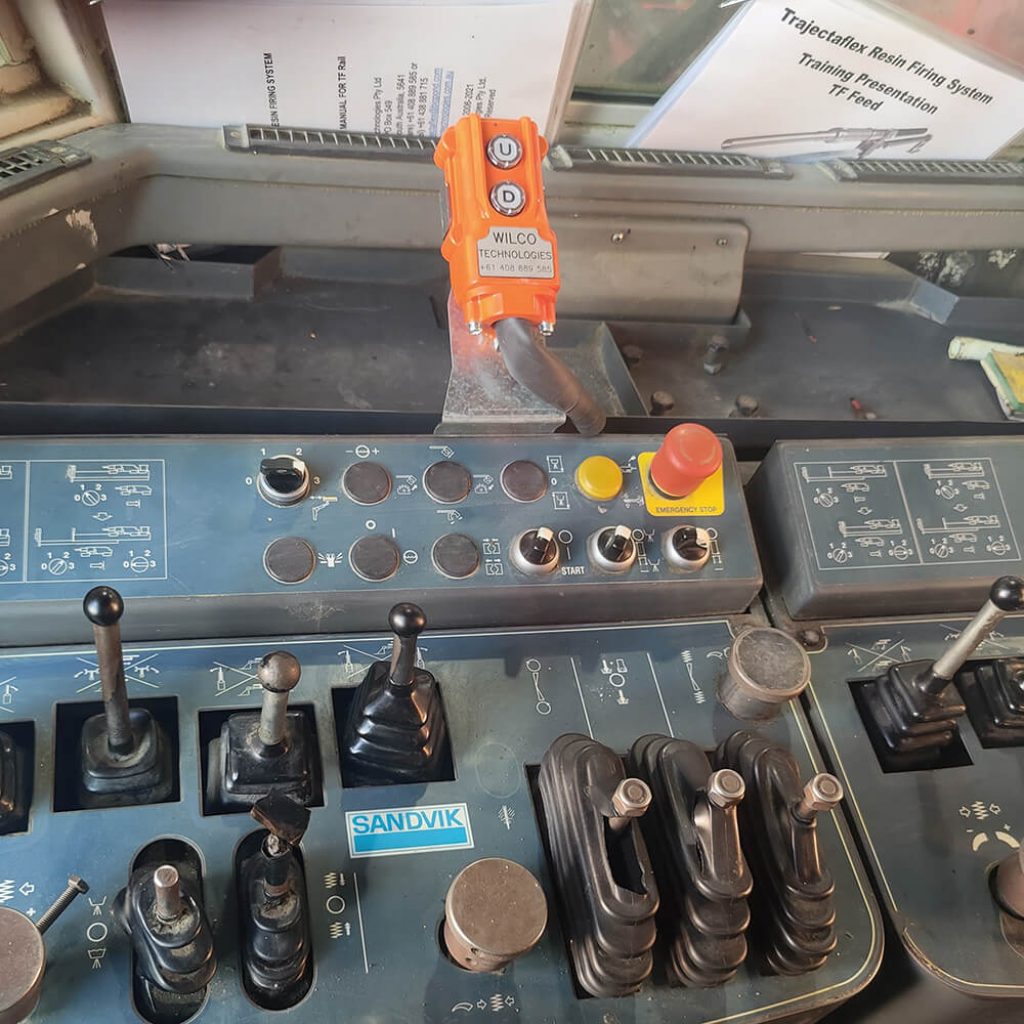 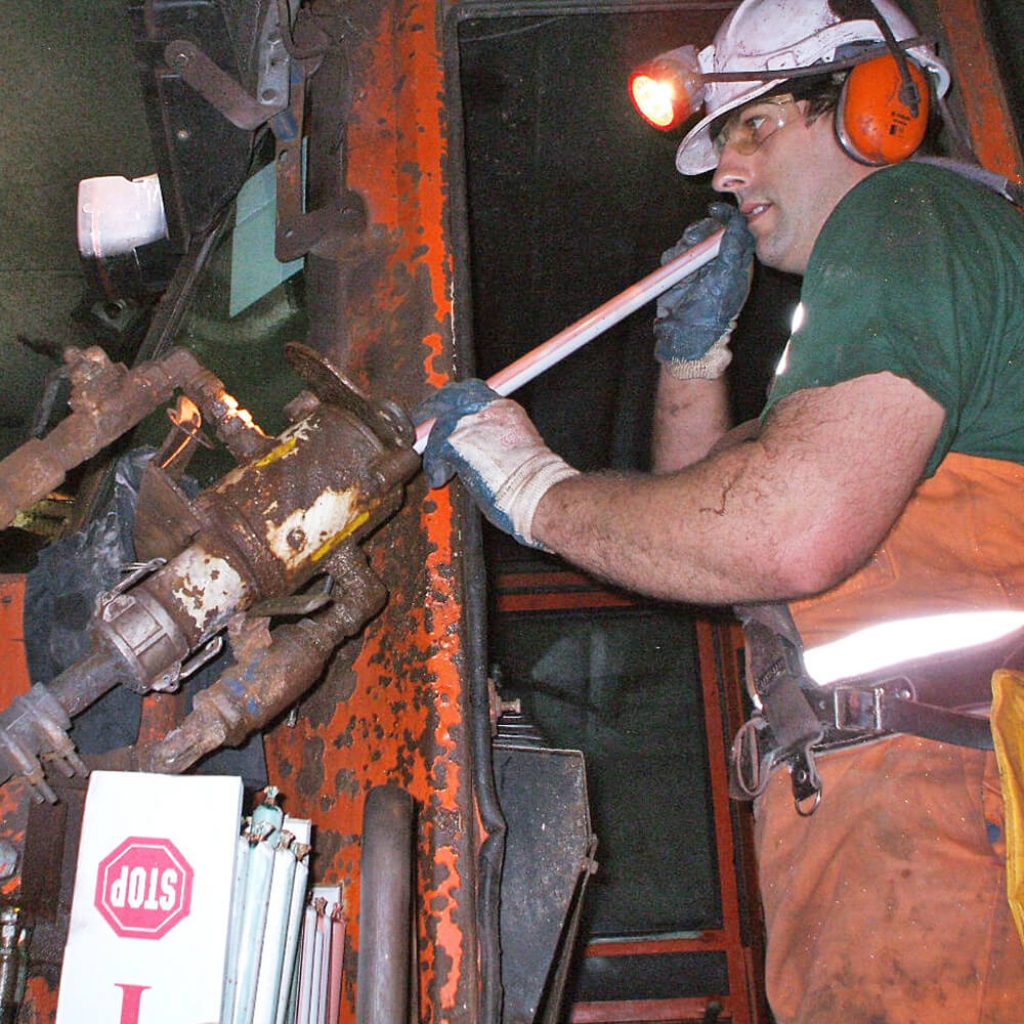 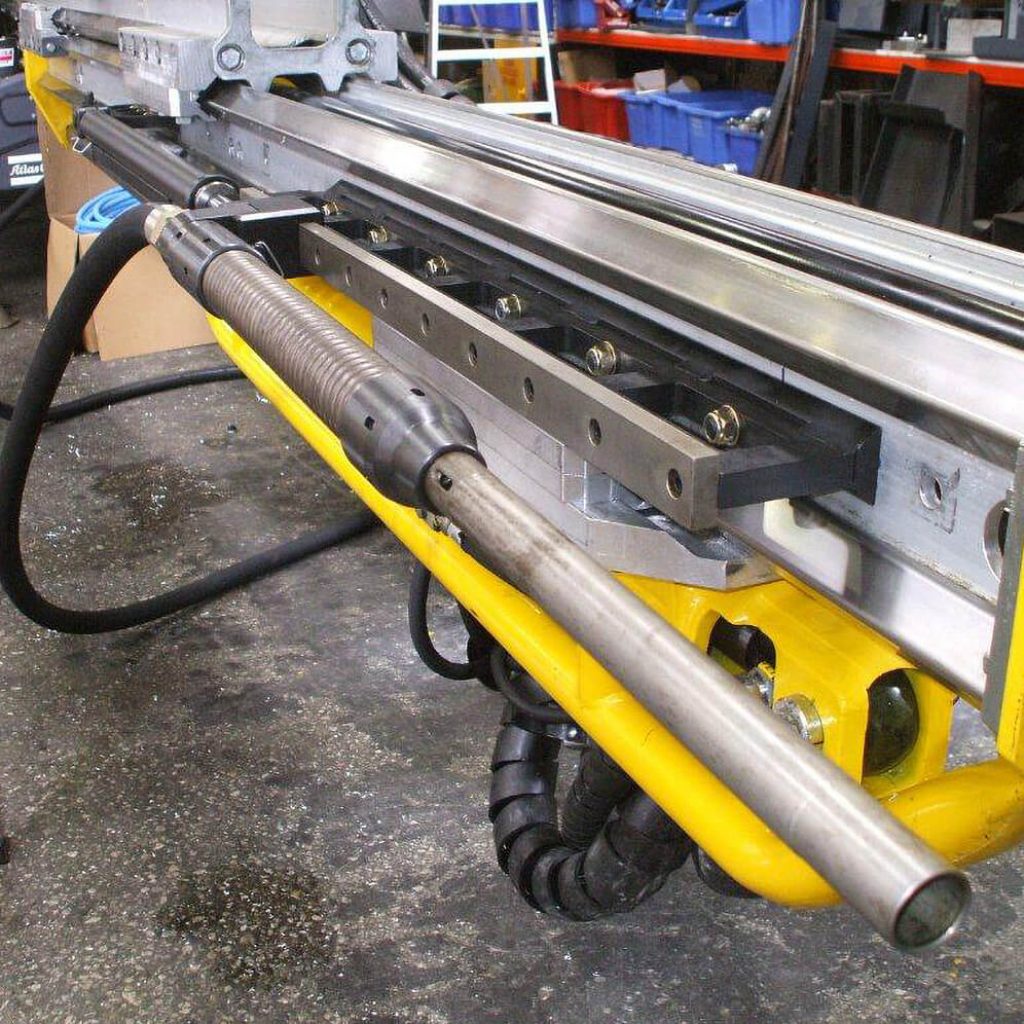 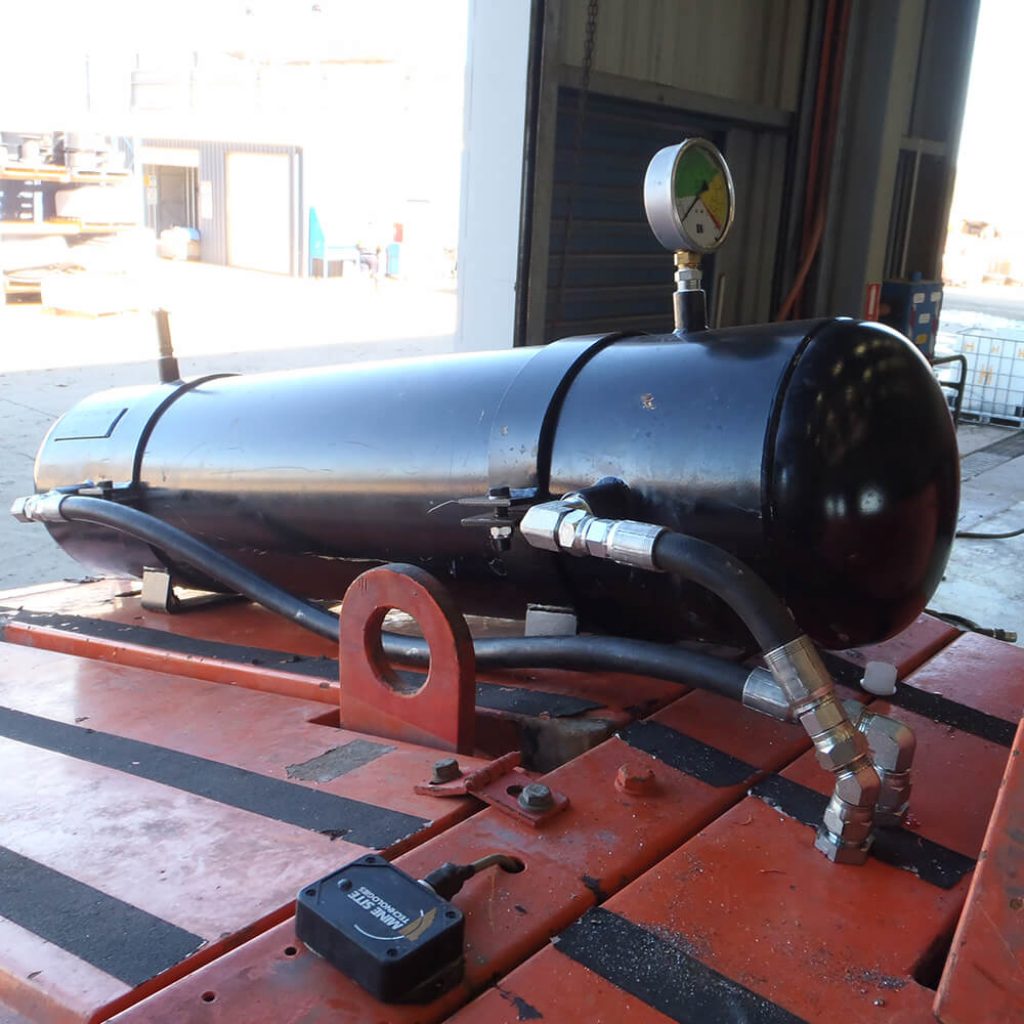 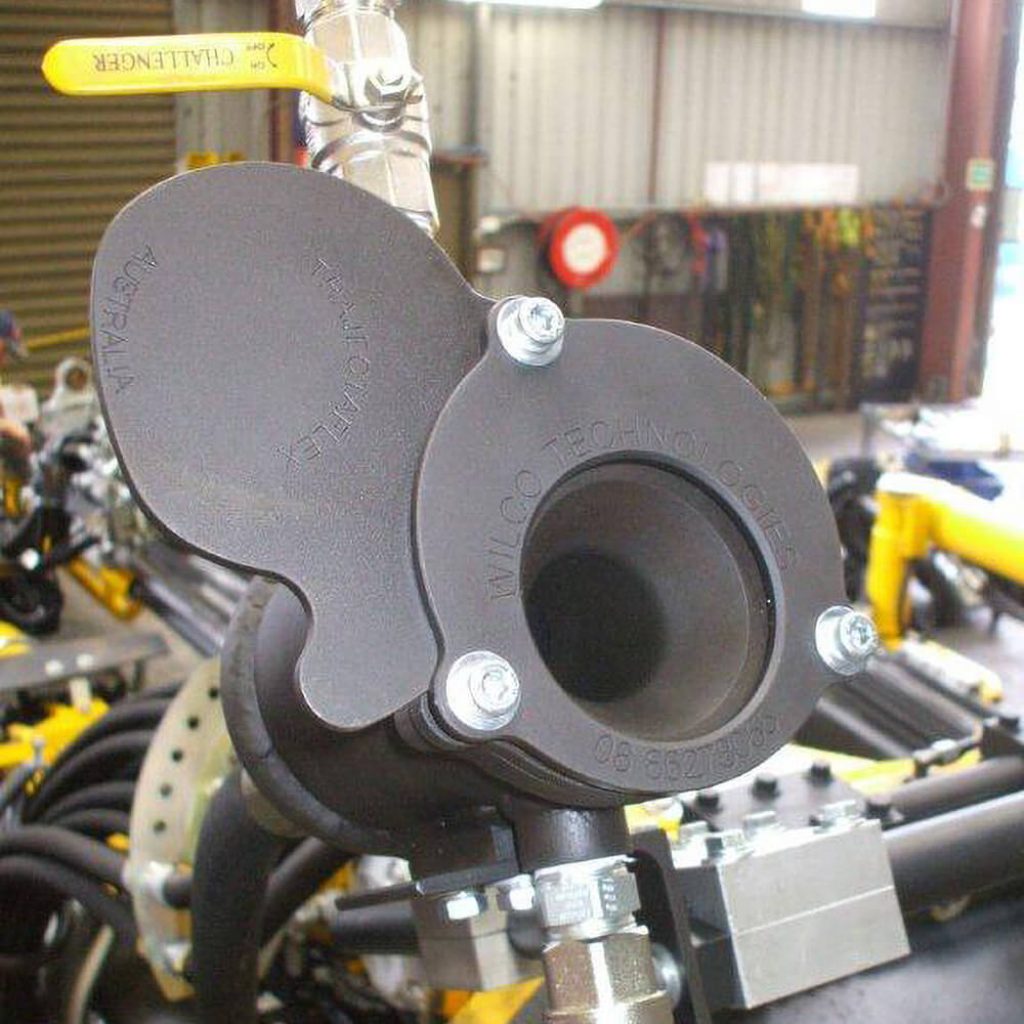 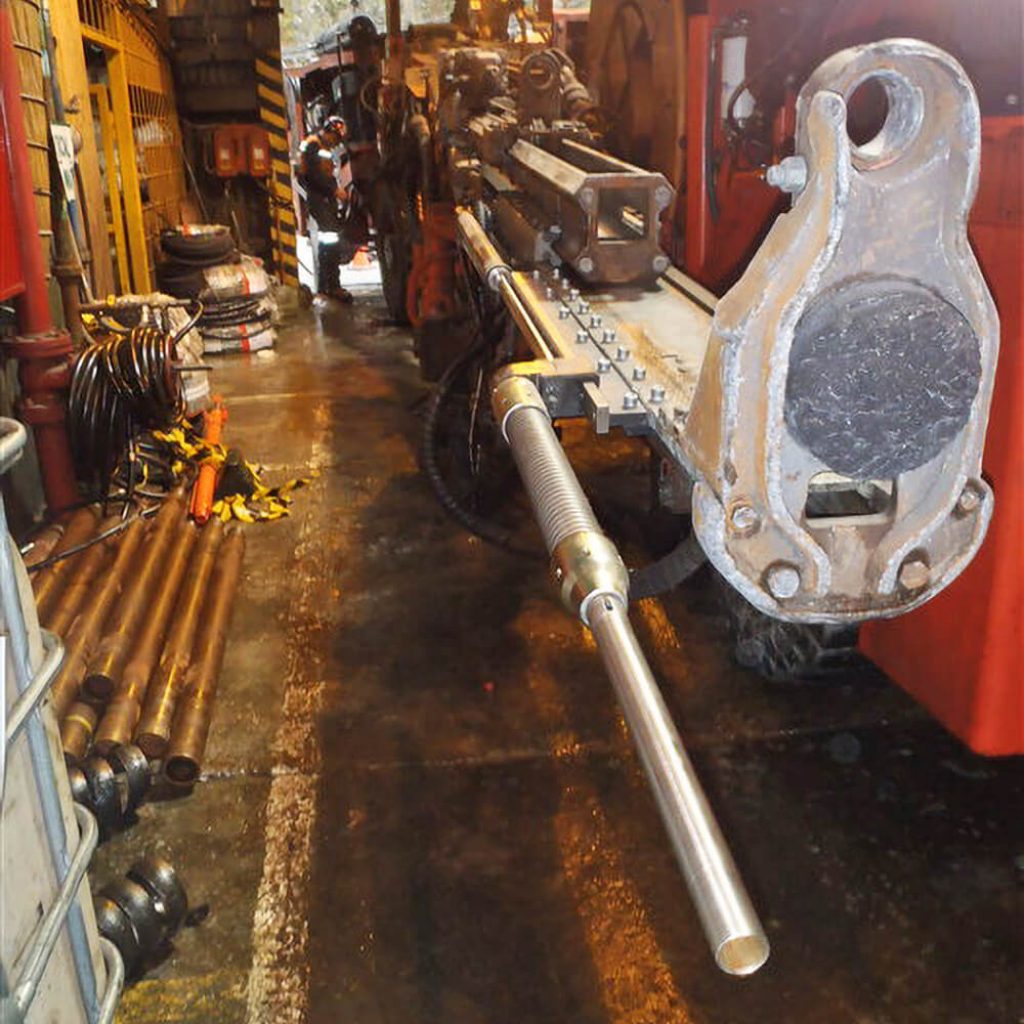 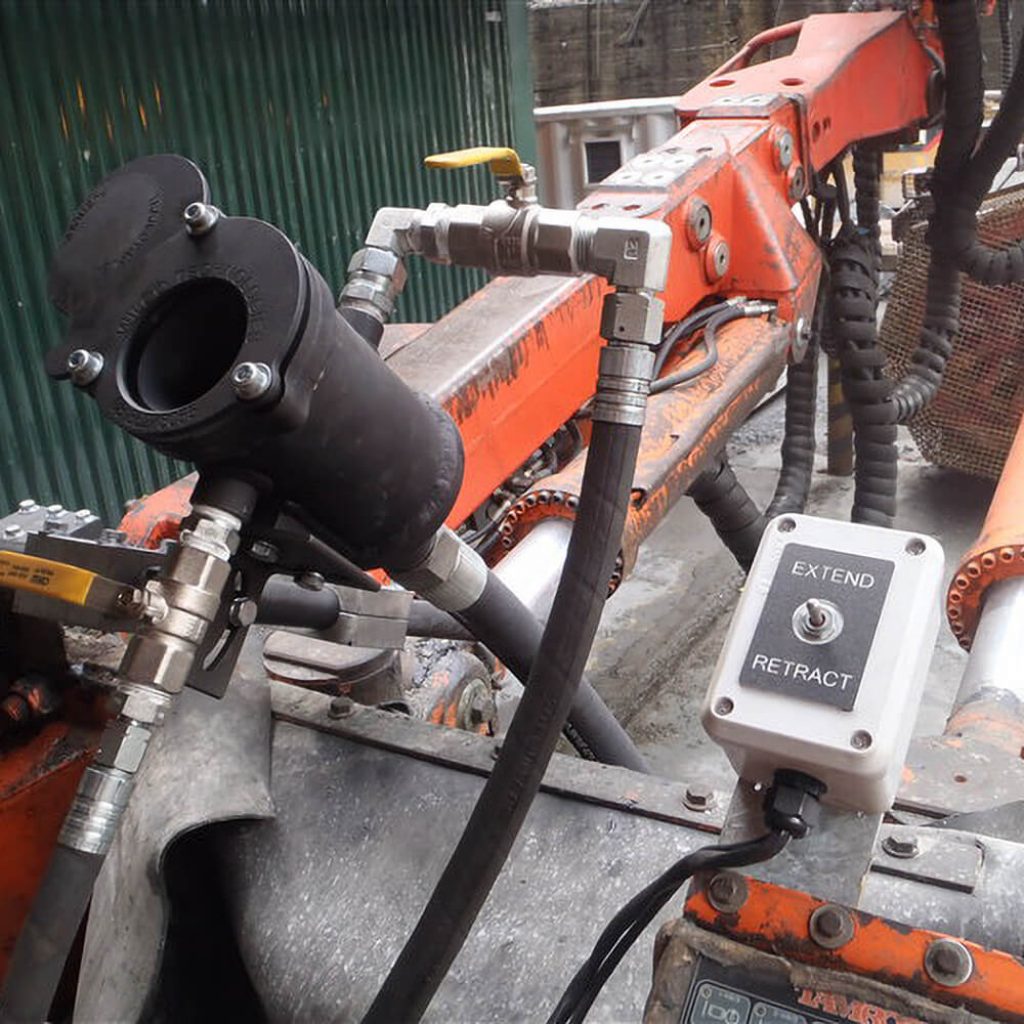 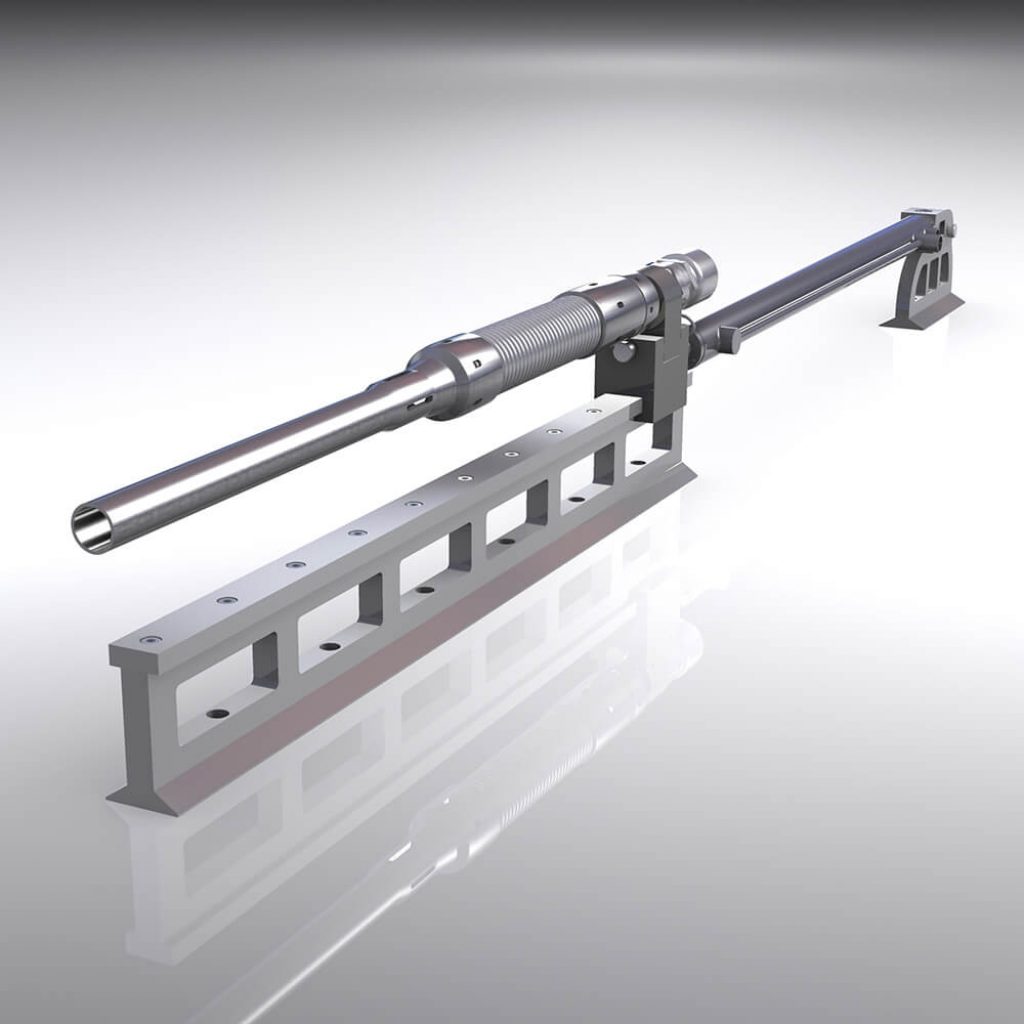 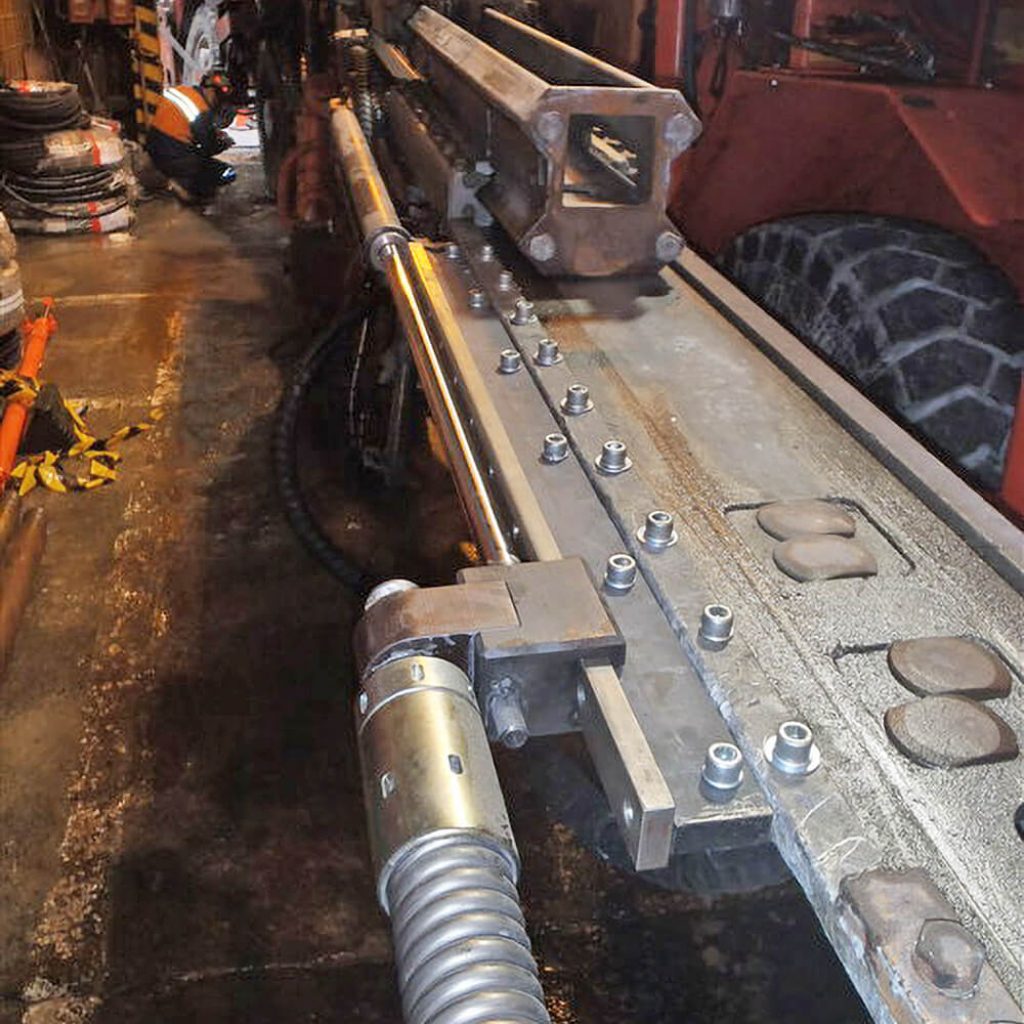 Please contact us if the size you require is not listed here.

The ‘Trajectaflex’ resin firing nozzle is a single-pass system for more efficient, safer resin-set, rock bolting. With a dual boom jumbo, the bolt hole can be drilled with one boom while the other boom inserts the resin and the bolt.